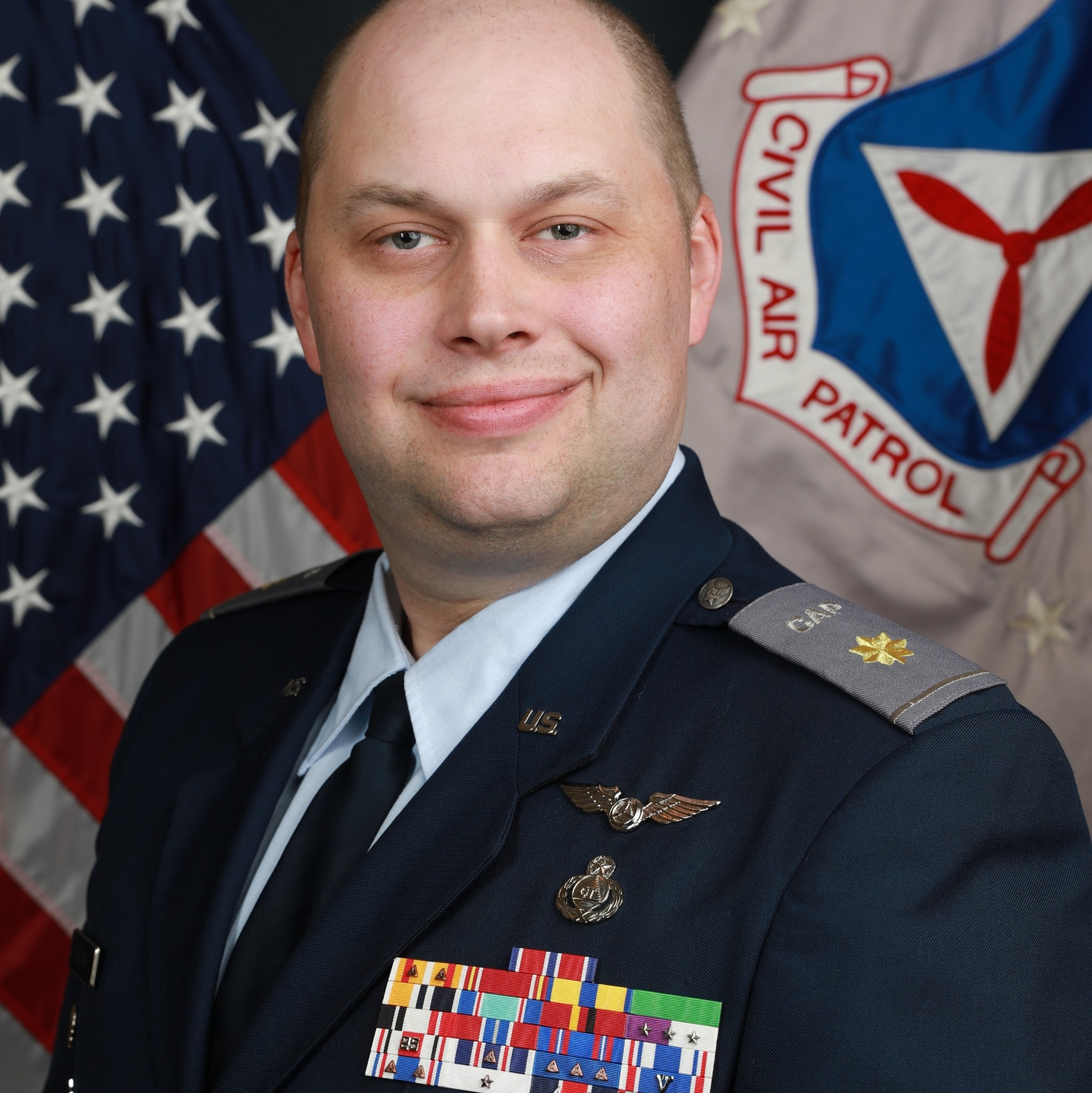 Lt Col Blane Pierson is the commander of Group 2 in Minnesota Wing, Civil Air Patrol.  He oversees six squadrons, and over 400 members within the group, which encompasses central Minnesota.  He was appointed to this position on the 28th of April 2020.  Prior to accepting this position Lt Col Pierson served as the Minnesota Wing Chief of Staff from 2017 to 2020.

Lt Col Pierson currently resides in Cambridge and originally joined CAP in 1994 as a cadet in Minnesota Wing, earning the Ira C Eaker award in 1998.  After transitioning to senior membership in 2001 in CAP, the assignments he's held include Emergency Services Officer, Deputy Commander for Cadets, and two stints as Commander of St Cloud Composite Squadron.  Lt Col Pierson also held positions within Minnesota Wing staff that include Director of Cadet Programs and Chief of Staff.  He is also very active in emergency services, including holding Planning Section Chief, Ground Team Leader, and Flight Line Supervisor ratings.

Currently Lt Col Pierson works as an Accountant and Controller for a small construction company in the northern Twin Cities metro area and holds a Associate of Arts Degree in Business Administration.  He is married to Leah, they have three children together.  Lt Col Pierson also has three older children.